A Brief Exploration of the Dark Web

A Brief Exploration of the Dark Web

A Brief Exploration of the Dark Web has been discussed here in full details. The dark Web, do these words give you chills? Do these two little words make your back cold? Do you know why you feel like this?

The dark Web has a reputation as a kind of paradise for illicit activities with the general public. But what exactly does it mean and what are its other uses?

This article finally sheds light on the issue of the dark Web, and illustrates its many applications. 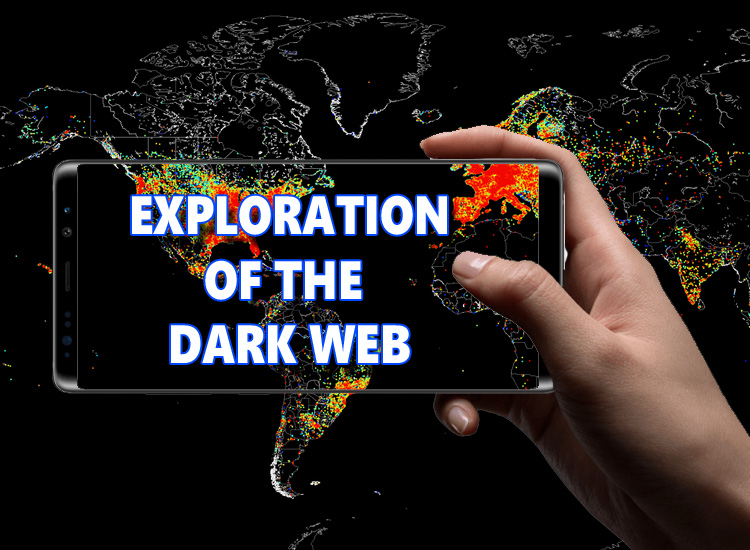 Exploration of the Dark Web

What is the dark web?
The Internet has three main parts: the surface web, the deep web and the dark web. The surface web represents approximately 10% of the entire Internet, and includes everything anyone can find on a search engine like Google or Yahoo.

The deep web (despite its somewhat disturbing name) simply designates a space where information is stored which is not easily accessible to everyone. This includes, for example, all information protected by a password, services accessible by subscription, bank accounts and medical information. This part actually constitutes the vast majority of the Internet.

The dark Web is made up of everything that is not accessible via standard browsers like Google Chrome or Firefox. The dark Web harbors all kinds of information, which is only dark, or obscure, because of their difficulty of access.

When was it created?
By dusting off your old Internet history book, you will see that the very first Internet, ARPANET, sent its first message in 1969. In a very short time, hidden or obscure networks have been set up.

Now that everything is clearer, how can you, intrepid explorer, get to the dark web?

The most common method is to use the anonymous Tor browser. This browser is easy to download. Just like Chrome, Firefox or another browser of your choice, but it works a little differently.

The acronym Tor means “The Onion Router”, or the onion router, which explains its operation well. With Tor, Internet activity must go through different superimposed networks, or different layers (just like an onion), each of these layers participating in the encryption of navigation from your computer. It is because of these additional levels of security that Tor works slower than normal browsers. Many Tor users also recommend strengthening browsing privacy using a VPN.

But beware, Tor in itself is not the dark Web, it is only a tool that allows you to get there. With Tor, you have access to the same content that you normally access securely, or you can go deeper. It’s time to get to know the websites that end with the .onion suffix. If you see this suffix (instead of the suffixes .com, .net, etc.), it means that this page is in the dark web, and you’ll need the Tor browser to access it. .Onion sites will not appear in ordinary search engine results even when using Tor. Regulars of the dark Web use special directories for this.

Why use the dark web?
If you have heard of the dark web, you have probably heard of illicit trafficking. The dark web is simply, ultimately, a place where online privacy is in the extreme level. On the dark web, you can actually order illicit substances. But you can also read The New York Times or log into Facebook, which have dark Web .onion versions. What you do on the dark web basically depends on your personal needs.

Imagine living in a country like Iran that censor many social networks like Facebook or Twitter. By using Tor to access these blocked sites, and by accessing their dark Web .onion versions (where they exist), you guarantee secure online access. It is clear that, however, that many people use Tor and the dark Web for reasons of confidentiality rather than to access certain sites, and that these people would find it strange to use the dark Web version of Facebook because of the many privacy issues with this site.

Confidentiality of the Dark Web

The problem is that confidentiality applies to both well-intentioned and ill-intentioned people, and everything in between. If the dark Web allows everyone to avoid government and corporate espionage, it also allows the abuses committed by everyone. Take, for example: the dark Web is a top choice site for the distribution and sale of malware. Another example: under the cover of the confidentiality which characterizes the dark Web, it is possible to commit fraudulent acts such as the sale of stolen credit card numbers. We can’t talk about the dark web and online privacy without talking about cryptocurrencies like Bitcoin and Ethereum, which are the essence of some private transactions (on the dark web as well as on the surface web).

We should also mention Silk Road, a highly controversial dark web commercial site where you could buy almost anything. This site had allowed the establishment of a major trade in drugs, among other items, controlled by users. Ironically, it has been shown that this site has significantly reduced street drug sales. FBI closed the site in 2013. The FBI has also confiscated servers and deployed malware in order to capture a network of pedophiles in the dark Web, which clearly shows that the authorities always have the possibility of shedding light on the most obscure aspects of the dark web and find a way to break through the different layers of confidentiality.

Besides, for the record, the United States government has granted significant funding to Tor. As far as the average user is concerned, even if committing a crime is not part of your plans, it is quite possible that the simple fact of going to see Tor up close puts you automatically on a list. You can use best VPN for darknet and dark web sites.

The future could get dark
There is no such thing as a perfect privacy tool, but as hackers and large companies increasingly attack our privacy, more and more people are turning to “dark” methods to keep any privacy. If you don’t feel under attack for Tor or the dark Web, you can always turn to a VPN, which encrypts your connection and helps you protect your anonymity online.